The first time you meet Donald Zolan, you have the feeling of meeting an old friend whom you just haven’t seen for awhile. His warmth, candor and interest in others can disguise the fact that he’s one of our nation’s most talented and popular children’s artists. The love and joy you see in his paintings are a sincere expression of himself.


Donald James Zolan was born on August 11, 1937 in a little bungalow on Prairie Avenue in the small village of Brookfield, Illinois a working class suburb near Chicago. He was the youngest child of James and Margaret Zolan. Donald came from very humble beginnings sharing a bedroom in the attic with his brother and his Uncle Lester.

In greeting someone for the first time, Donald always started by saying, “Hi, I am Donald Zolan, an Artist, a humble Artist from Illinois.” The greatness of this man was his simplicity. A positive and forward-looking man, he saw the good in everyone and never spoke unkindly of anyone.

A fifth generation artist, he came from a family of sculptors, painters, engravers, and wood carvers from Germany and the Czech Republic. He started painting at the age of three and it was this burning passion that stayed with him all his life. He would often say, “if something happened to me that I could not paint and create again, I wouldn’t be able to live anymore.” His creativity and painting would remain his first love throughout his life. 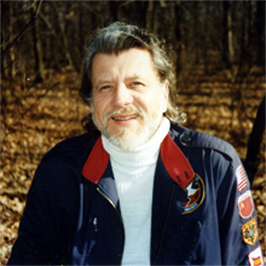 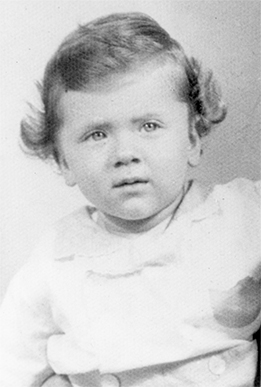 A true Mid-western man to the core, his Word was his Word. A very friendly man with a smile for all and always ready to give a helping hand to anyone in need. A soft-spoken man, he was spiritual and profound. He was not a man of many words but great words. And in spite of his many life challenges and crisis, he was a man never to think of himself but always of others.

His favorite President was Abraham Lincoln, his favorite ice cream was vanilla, his favorite dessert was a root beer float, his favorite foods were roast pork with dumplings and sauerkraut and white castle hamburgers. He was a family man, a sensitive man, a man with only one passion in life to create great art that would last many lifetimes after him.

He started his day in meditation and painted until the nighttime listening to opera and classical music. He loved nature and the countryside. He was an excellent photographer and computer expert and he was passionate about art, antique cars, opera, and sharing intimate dinners with friends at home.

A profound man guided by a great faith in God, he came from a wonderful loving family who nurtured and supported his deep desire to be an artist.

This is the man that more of the world will come to know in the years ahead as America’s Beloved Painter of Children.

This site is dedicated to Donald James Zolan, a Great American Painter, who will be forever remembered as the Humble Artist from Brookfield, Illinois. Requiescat in Pace. The legacy continues forward.


Donald James Zolan’s comfort with himself and his paintings can be attributed to the fact that he dedicated 69 years of his life to the arts, creativity and painting. His art was his passion, his life, his soul. Regarded as America’s beloved children’s artist, he left a legacy to the world of 300 oil paintings of children that continue to touch the hearts of millions.

Born into a family legacy of five generations of artists and sculptors, Zolan's oil paintings spanned the world of both fine art and commercial licensing. With original oil paintings selling in the five digits, and collectibles and licensed products selling worldwide, his art continues to speak to millions of collectors. 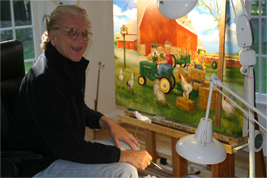 A child prodigy, Zolan began drawing and painting at the age of three winning his first scholarship in oils to the Art Institute of Chicago at the age of thirteen. Upon graduation from high school, he won a full scholarship to the American Academy of Fine Art in Chicago completing the Academy’s four-year program in just two years. He apprenticed under Haddon Sundblom, the well-known illustrator of the Coca Cola Santa Claus and later attended the Arts Students League in New York City. 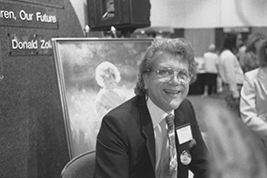 Upon graduation from the Academy, Zolan pursued a fine arts career exhibiting and selling his oil paintings at shows and museums throughout North America, Europe, United Kingdom and Japan winning numerous fine art awards including best of show by the Salmagundi Club in New York. His successful fine art career led to the opening of the Zolan Gallery on Nantucket Island. By the mid 1970’s, as Zolan’s name and reputation in the fine art world flourished, his portrait commissions expanded to include political leaders, writers, religious figures, astronauts and industrialists from around the world.

By 1978, Zolan’s fresh new style of children paintings launched his career in the collectibles and licensing world. His incredible talent to portray the joyfulness, innocence, tenderness and wide eyed wonder of early childhood propelled him to the top of the collectibles industry while his works commanded some of the highest secondary market values.

Voted America’s Favorite Living Plate Artist for seven consecutive years, Zolan also won more individual artist’s awards in the annual Collector Editions Magazine’s Awards of Excellence than any another artist. Ross Anderson, former director of the Riverside Art Museum and former senior lecturer at the National Portrait Gallery in Washington, D.C., described Zolan’s paintings of children as having “an unmistakable energy and uninhibited naturalness that clearly belongs to our own time. Zolan can be seen as carrying John Singer Sargent’s legacy of American Impressionism into the late 20th century.”

Zolan had the exceptional ability to adapt his artwork to the changing times while maintaining his classical unique style known today as the Zolan brand. The wholesomeness of his subject matter combined with his Americana style became an ideal partnership with some of America’s iconic corporate brands. In the last decade, co brand partnerships have included Collegiate, John Deere, International Harvester, New York Yankees, Radio Flyer, and Shirley Temple. Today, Zolan’s artwork continues to be licensed worldwide on a wide range of licensed products.

Born in Brookfield, IL in 1937 to middle class parents, Zolan embodied the values of the Heartland of honesty, humility, and straightforwardness. What he captured in his oil paintings was the pure, honest, and open expression of his heart. A compassionate and kind man, an insightful and positive man, and a dedicated artist his entire life, there was no distance between what he portrayed and how he lived his life. “The love and joy you see in his paintings are a sincere expression of the man himself,” as written by John Hugunin Sr., former President of Pemberton & Oakes.
A writer once described a Zolan painting, “There is something very American about his independent little spirits. They seem to be constantly exploring the frontiers of their small worlds.” The profundity of a Zolan painting asks us to not just see the child but it asks us to be one and to find that child inside of each of us. 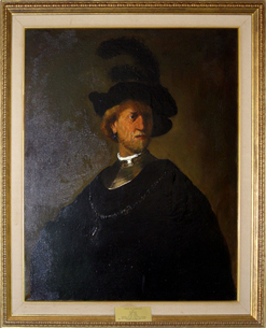 Painted in oils at the age of 15, Donald’s copy of Rembrandt’s Father

Donald Zolan’s vision for his art was that one day it could make a positive change in the lives of children. This art is a reflection of the life we can all strive to create again for our children. It is a dream that can one day be a possible reality for so many. Let’s give hope to a dream.

“All my paintings reawaken moments of my own wonderful childhood in the small mid western town of Brookfield, Illinois that I never want to forget.”  Donald Zolan

One of my great joys is attending various collector shows and gallery exhibitions throughout the country. It's always a thrill to meet the people who have so enthusiastically supported my art over the years.

an interview with Donald Zolan
September 2005 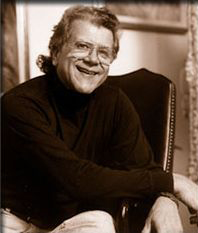 My Apprenticeship: A LIFETIME INSPIRATION

Don is a man of unusual talent, however, I am impressed by his excellent personal character.

"While studying at Chicago’s American Academy of Art in 1957, I had a wonderful opportunity to interview for an apprenticeship with one of America’s greatest Illustrators, Haddon Sundblom. Haddon was famous for his Coca Cola Santa paintings. I was selected as one of the top three finalists for the position and was asked to drop by the studio again for a final interview.

I fondly remember walking down Michigan Avenue entering the Fine Arts Building and pressing open the glass door that had Sundblom’s name painted across it. I heard this booming voice that hollered, “Come on in!” I walked in not knowing what to expect but only to find this 6’3” tall Swedish American man with a big smile on his face who looked just like Santa Claus. I sat nervously waiting as Haddon poured over my portfolio. 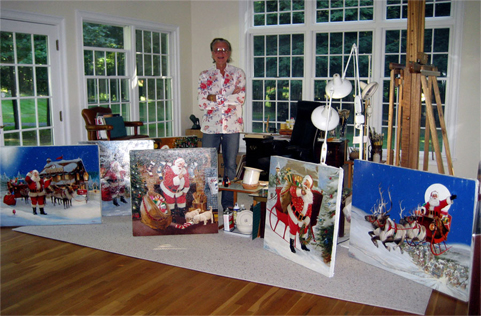 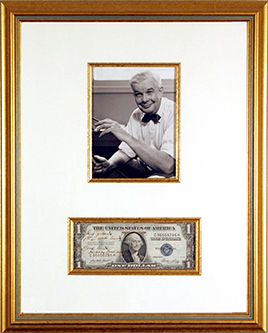 Haddon Sundblom and My First Dollar Finally, he looked up and smiled: “Very nice work young man and I see you play chess too. Let’s play a few rounds.”

After two games of chess, Sundblom offered me the job. He paid $25 a week and I felt so rich in those days.

I apprenticed under Sundblom for two years one of the greatest influences and inspiration on my artistic career. Then one day came a notice from the Draft Board for the Vietnam War and it brought an end to my halcyon days in the Sundblom studio changing the course of my life.”

Fifty years later, Zolan continued to be inspired and influenced by his apprenticeship. Zolan recalled years later, “ Haddon inspired me to create and to think big and to believe in my work. That was his greatest gift to me the rest of my life.”

In 2007, Zolan created his own Santa Claus collection. 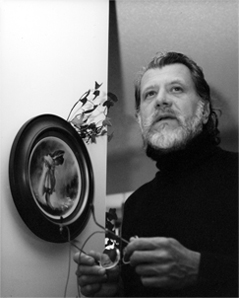 “There is only one way to do something and that is the Right way.”
Donald Zolan, everyday life


“I continually rediscover the innocent and curious child inside me. And, I find that I never stop discovering the joys of life.”
Donald Zolan


“I am a humble artist with a burning passion to create day and night. I recognize my responsibility as an artist to Society to create works that can profoundly impact a person’s daily life but most importantly the life of a child.”
Donald Zolan


“I am guided by Faith and inspired by Creativity and I have always known that God has blessed me with this wonderful gift therefore Faith and Spirituality are synonymous with my work.”
Donald Zolan 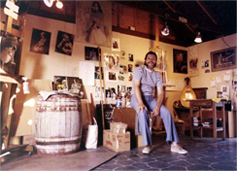 What will I be
When I Grow Up
(read the article)